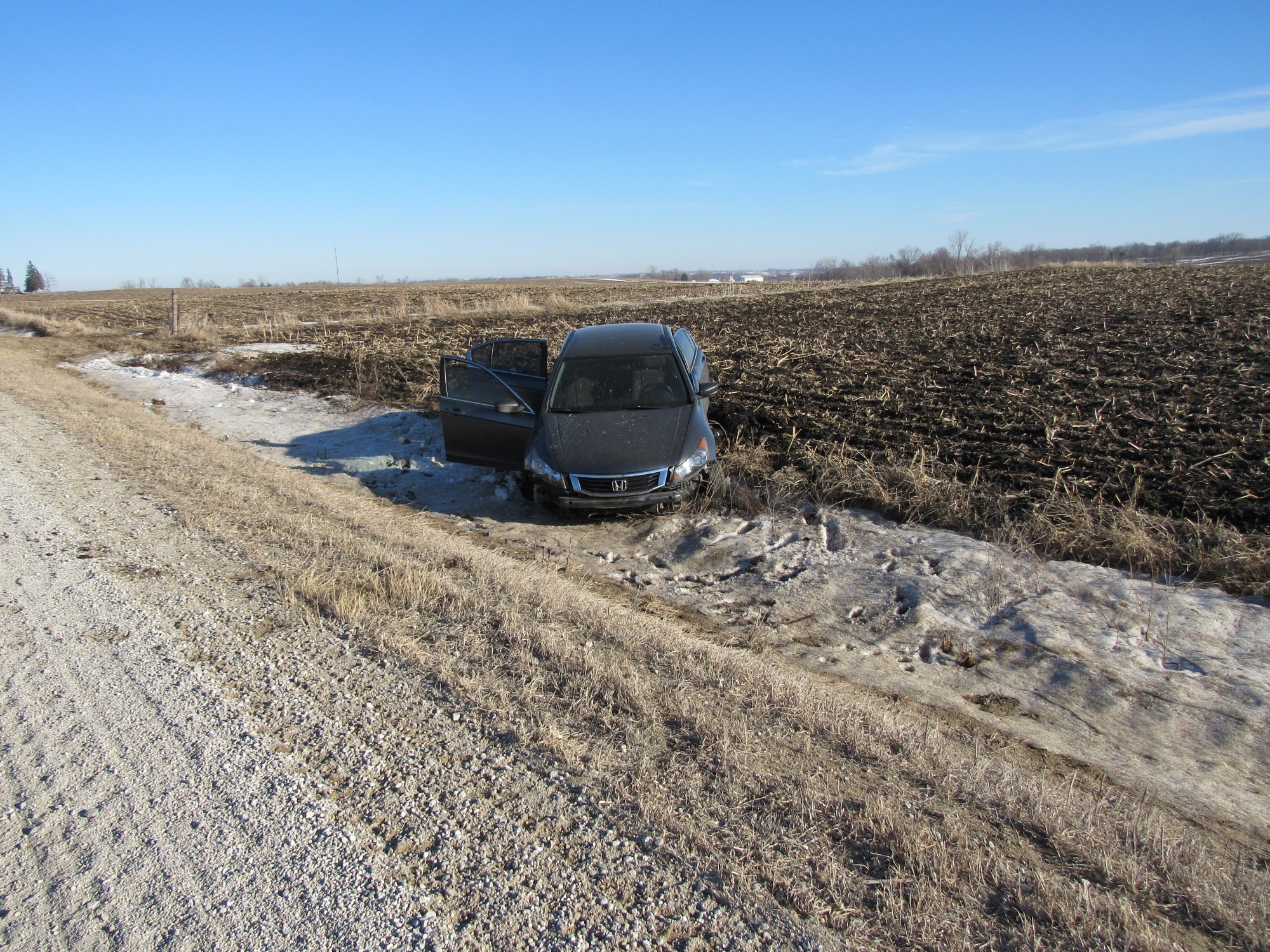 Wednesday afternoon, March 3, 2021, at approximately 4:00 P.M. a Marshall County Sheriff’s deputy located a vehicle reported stolen out of California while patrolling Highway 330 in the southwest portion of the county near the Harvester area. The driver failed to yield when the deputy attempted to stop him and attempted to elude law enforcement, making a U-turn to head south on the 4-lane road and later turning onto gravel roads, which then entered into Story County for approximately one-half mile on 320th Street before the driver lost control and entered the ditch. The pursuit covered approximately 7-8 miles and speeds reached 100 miles per hour while on Highway 330.

The driver, Uriel Ruelas, age 26, of Visalia, California, and the passenger, Ruben Magallenes, age 24, of Tulare, California were both taken into custody with the assistance of other law enforcement and without further resistance.

Ruelas, the driver, was found to have felony warrants issued in the State of Nevada alleging Aiding and abetting robbery with a deadly weapon, aid and abetting burglary with a deadly weapon and Failure to Appear for Conspiracy to Possess Stolen Property. He has been charged locally with Theft 2nd degree, a Class D felony; Eluding, a Class D felony; and other traffic offenses including speeding, reckless driving, no driver’s license and failure to maintain control. Related to the drug crime, both Ruelas and Magallenes were charged with Possession of a schedule II Controlled Substance With the Intent to Deliver, a Class B felony and Failure to affix a Drug Tax Stamp, a Class D felony. Both were transported to the Marshall County Jail, where they remain in custody.

Assistance was also provided by the Iowa State Patrol, the Story County Sheriff’s Office and the Mid-Iowa Drug Task Force.