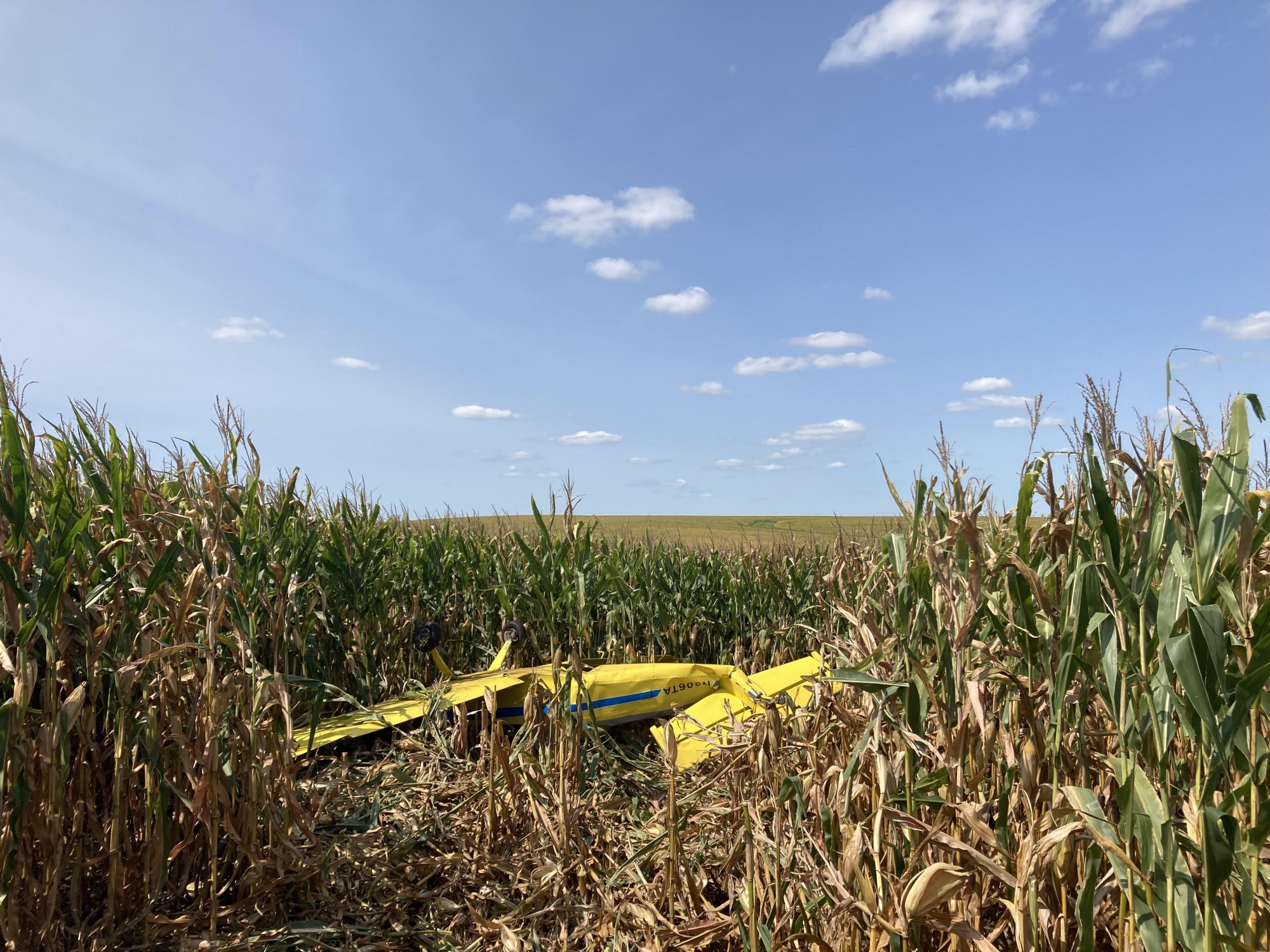 On 09/09/21 at 1:00PM Marshall County 911 received a call from the pilot of an aircraft that had crashed in a cornfield Northwest of the Marshalltown Airport.   The pilot was able to provide only an approximate location and was unable to get out of the plane that was upside down.  MCSO Deputies and EMS responded to the area to attempt to locate the plane.  The plane was located in a farm field just south of 160th St.  Deputies were able to assist the pilot out of the overturned plane.  EMS personnel from several agencies were on scene and transported the pilot by ground ambulance with what was believed to be non life-threatening minor injuries. The cause of the crash is unknown and  will be investigated by the Federal Aviation Administration.  The Sheriff's Office was assisted on scene by Albion Fire Department/EMS, Clemons Fire Department, Liscomb Fire/EMS, Marshalltown Aviation, Marshalltown Fire Department, and Unity Point Ambulance.